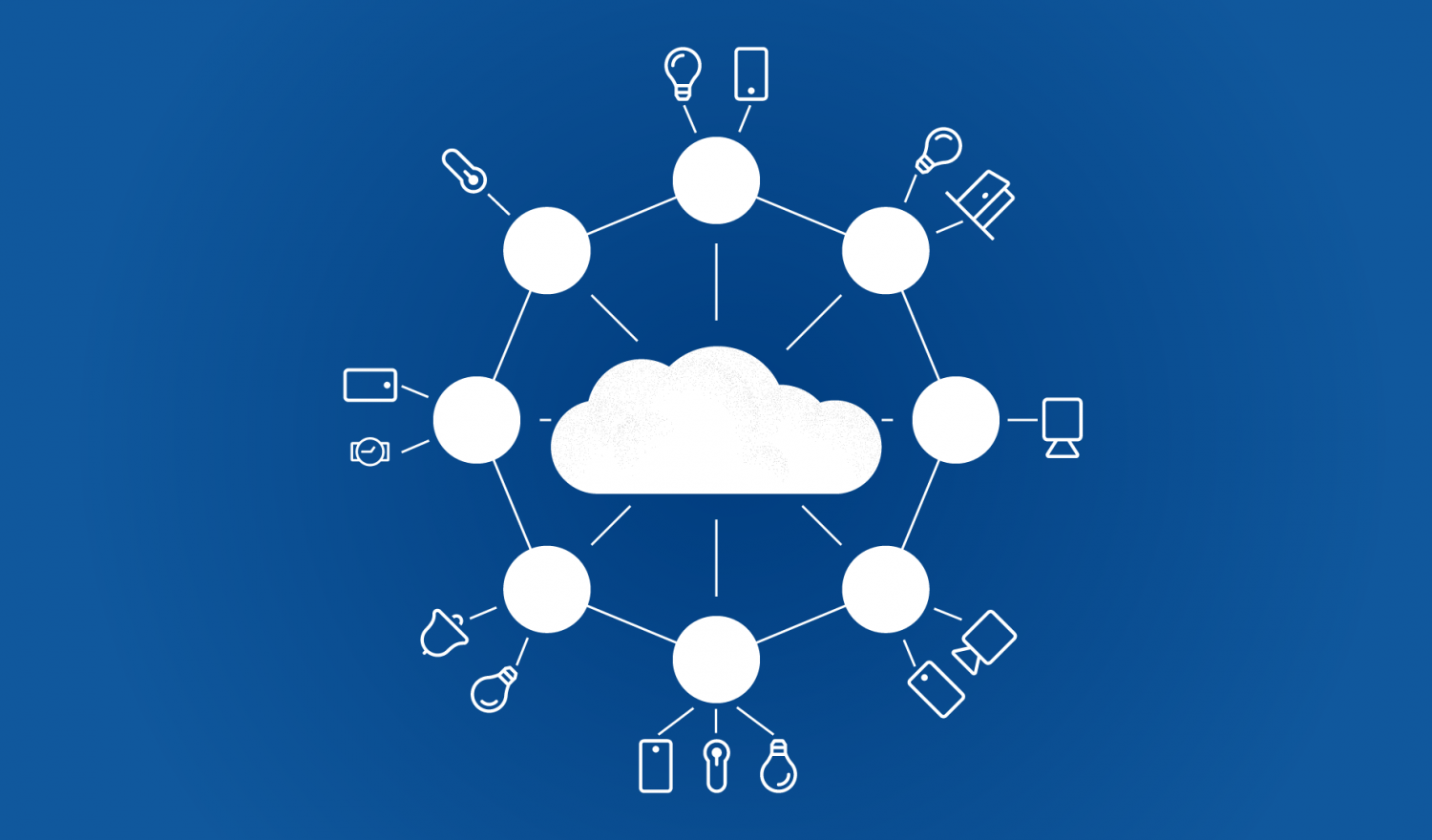 The Edge is Near: An Introduction to Edge Computing!

Edge Computing has been a growing topic for the past few years. In this article we’ll give you an overview over Edge Computing, discuss its advantages, explain a sample architecture as well as the classes of use cases it can be applied to.

What is Edge Computing?

In general, Edge Computing is the process of performing computing tasks physically close to target devices, rather than in the cloud or on the device itself. Over the past decades we’ve seen different architectural patterns for systems. Depending on the bottleneck of the system it was designed as a centralized or decentralized system. The growing amount of data (IoT) and the limitations of the networking layer (and computation) currently lead to a decentralized system like Edge Computing.

In lay terms it can be compared to eating locally produced food. While steaks from Argentina are delicious, the transport of the steaks comes with several disadvantages. The food has to be transported over a huge distance, leading to increased CO2 emissions, and it takes a lot of time. Furthermore, the origin of the meat is much more difficult to track and different standards for animal rights may apply. While these circumstances do not directly translate to the digital world, the line of reasoning is similar.

The main motivations for Edge Computing are the following. 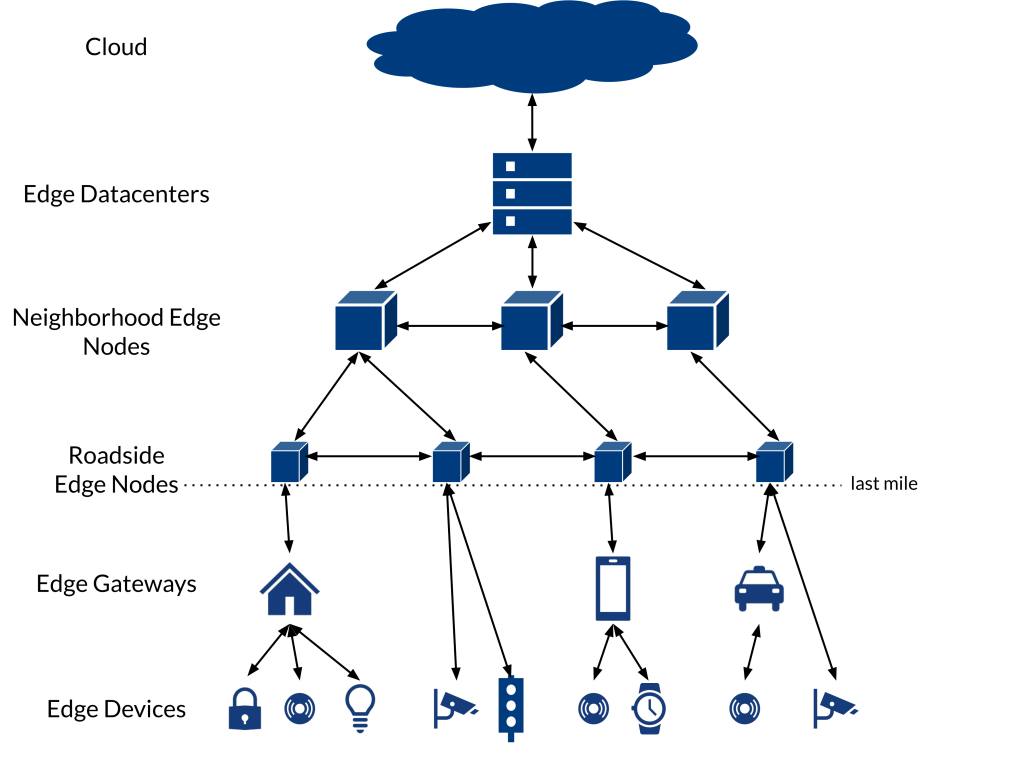 The above picture shows a typical Edge Computing architecture. It is defined by a hierarchy of computing power and latency, both of which are highest on the top level and decreasing downwards. This allows us to perform latency-critical computations as low on the hierarchy as possible and computing intensive calculations as high as necessary.

The layers are defined as follows:

Communication in an Edge Computing application is not limited to inter-layer traffic, but can also happen inside a layer in peer-to-peer fashion. This enables faster communication between devices in different mists, which are able to communicate through their respective Edge Nodes. It can also further reduce network load and cost by omitting communication over the internet. Whether this is desired or not depends on the specific use cases and possible security concerns.

Theoretically there is no limitation of Edge Devices connected to an Edge Node and you can think of multiple Edge Nodes in different locations, each connected to the same cloud and its own physically close devices.

Use case classes for Edge Computing

In order to get a better overview about the possible use cases in edge computing we decided to create “use case classes”. These consolidate use cases that are related to a similar problem.  In our research we found multiple such use case classes.

Let us consider one common topic for the use case classes. The topics of “Smart Home” and “Smart Business” have been getting more and more attention over the past years and can be seen as an example for Edge Computing. Most smart home systems offer multiple (Edge) devices that have very low computational power and are mostly used for actions (e.g. a light that can be turned on and off, a plug that can turn devices on and off) or sensors (e.g. a motion sensor or sensors noticing whether a window has been opened). These are controlled by one central unit (the Edge Node that can often be controlled by a smartphone app). Now, using this scenario, let us have a  look at different use case classes for such a system:

Consider a traffic network of a city. Cameras are filming multiple roads leading to a big intersection. The city wants to make this intersection as efficient as possible and by adjusting the traffic lights dependent on the number of cars arriving from each direction. To this end, the video streams from the different traffic cameras are automatically sent to a nearby Edge Node. On the Edge Node an object detection algorithm is applied to each of the arriving video streams, counting the cars. This information is used to dynamically adjust the timing of the traffic lights on the intersection. Clearly, this use case belongs to the aggregation class, since data from multiple data sources is required. But it also belongs to the offloading use case class, since counting the cars arriving from each direction could also be performed by the cameras themselves. However, since object detection is a relatively computationally intensive task, performing it on the more powerful Edge Node is preferred.

Consider having a look at our Engineering and Smart Devices portfolios for more information. You might also want to head over to our job listings if you want to get your hands dirty yourself!

Active Learning in Context of Natural Language Processing – Hands On

In supervised learning it is often all about labels. Do we have enough labeled data? If not,

All supervised machine learning is based on three components: Data, labels and a learning algorithm that learns