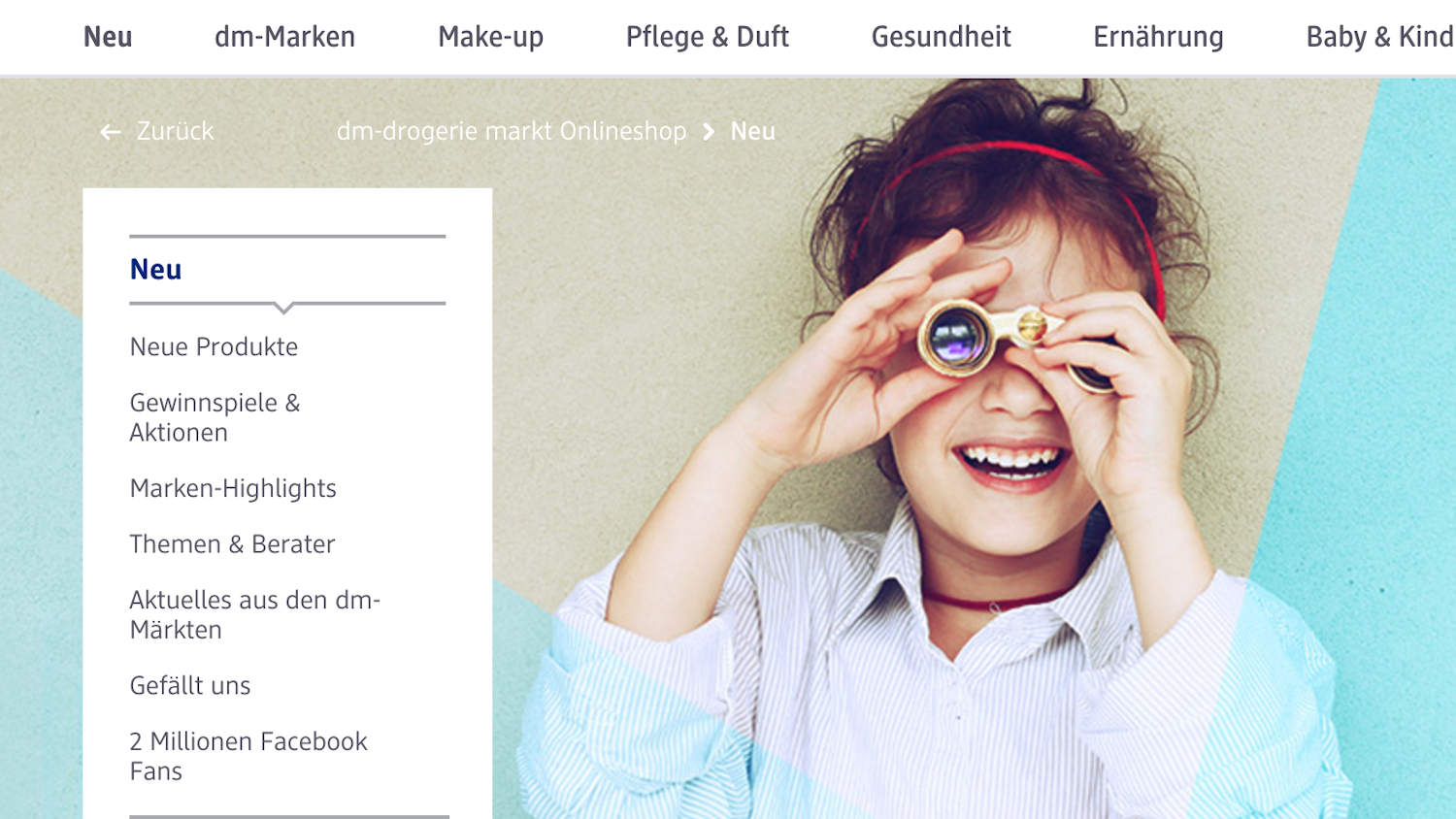 dm-drogerie markt:
Development of a fully automated Data Centre for the online shop

dm is one of Germany’s best known and most popular brands. The Karlsruhe drugstore retailer currently employs over 55,000 employees in more than 3,200 stores, with 144 new stores being added in Germany alone during the 2014/2015 fiscal year. In Germany, over the past fiscal year, dm achieved revenue of over 7 billion euros.

In early summer 2015, dm drogerie markt launched an additional, specialised store – their own online shop at www.dm.de. Almost the entire assortment with which dm customers are familiar from the stores can now be ordered online. In addition to pure ordering functions, dm also provides in-depth advice and editorial offerings relating to their wide range of articles. “We aim to cater particularly to those customers who don’t have a dm store nearby, or who don’t have time to visit one of our stores during business hours. We want to give those customers the opportunity to shop with us regardless of time or location. Our online customers should receive the same service offerings and expert advice that our brick-and-mortar customers do – and all at the same permanently low prices they have come to expect,” explains Erich Harsch, the head of dm’s management team.

When a major brand like dm strategically enters the online market, it creates high expectations. For this reason, their IT subsidiary FILIADATA, which has been responsible for all dm’s IT systems since 1988, launched a project in 2013 which was aimed at laying the foundations for reliable, fail-safe IT operations for dm.de. These included creating a large, fully automated Linux infrastructure in the data centre on which sophisticated web services like the online shop can be operated. To give an impression of what the word “large” means: the infrastructure comprises over 800 virtual servers; not exactly a trivial number. Up until this point, the strategic platform was based on Microsoft Windows, a fact which placed multiple obstacles in the online platform’s development path. There were several performance problems with the Windows platform which needed to be addressed with this approach.

Against this backdrop, the newly founded Linux team (which initially comprised just two people) came up with a plan to create a new expandable, scalable, highly available open-source infrastructure with the maximum level of automation for operational tasks, configuration and installation. The team designed everything to function at the touch of a button, allowing the system to react flexibly to changes in load. Web services must be provided very quickly in order to relieve administrators of the burden of performing routine tasks. The two project leaders considered it particularly important that, in addition to being extremely stable, transparent and comprehensible, the Linux infrastructure’s architecture was state of the art. This was important to allow it to serve as a future-proof basis for dm’s digital business – entirely in keeping with the high level of quality at which dm and FILIADATA consistently operate.

As Linux was not initially defined as the strategic platform, dm lacked sufficient dedicated Linux personnel. From the very outset, therefore, the plan was to bring in an experienced partner for the project, one which had the requisite knowledge from previous similar projects and which was therefore familiar with the typical stumbling blocks. dm was seeking a technical service provider who would provide support for both the architectural design and platform setup, while still allowing the FILIADATA teams to operate and further develop the highly automated web infrastructure themselves.

During an initial briefing session with FILIADATA and inovex, the project leaders decided to use an architecture workshop to kick off the joint venture the following month. After three days of intensive brainstorming and design, the underlying infrastructure was agreed upon and the “blueprints” were drawn up.

Two IT engineering experts each from dm and inovex were sent to tackle Phase 0, which comprised the requirements engineering and the creation of a prototype to illustrate the proposal. This milestone was reached in under two months, meaning that Phase 1 could then be tackled. This was no longer a job for a small, compact team; instead, considerably more employees from both companies participated in the project. In the subsequent major implementation phases, up to six inovex experts were employed at dm, while the number of FILIADATA team members was also increased to up to six. These teams developed the basis infrastructure and services and connected them with the existing network infrastructure (DNS/DHCP/VLANs). This phase included the hardware setup and testing, as well as the bare metal deployment and the integration of the existing VMware cluster. The Linux distribution chosen for the project was Red Hat, while the server lifecycle management was implemented using Foreman. The configuration management was implemented using Puppet, and a continuous delivery pipeline was set up using Jenkins and Rex.

All activities throughout the project’s lifecycle were agilely organised and coordinated, a fact which – in addition to the qualifications and experience of the project teams – ensured the smooth running of the project and the high quality of the results.

Once Phase 1 had been successfully completed, Phase 2 could begin. This involved setting up support for the dm.de website (performance/deployment optimisation), setting up an ELK & load testing environment, and establishing initial core services for the online shop (pricing, content management, and service functions).

In Phase 3, the final modules (like patch management) were added to the overall architecture, and the first internal live runs were performed to ensure that all components of the new IT infrastructure could go public in time for the launch.

Even during the early project stages, dm knew that the subsequent day-to-day business operations could be accomplished only using a consistent DevOps approach. The short phrase “DevOps” sums up a philosophy which has been consistently pursued by inovex for many years. Only if software development (Dev) experts systematically work towards stable and cost-efficient operations in the data centre (Ops) and ops experts are integrated into the dev team from the very outset can a complex IT solution fulfil its intended purpose – to support digital use cases in the productive system. Against this backdrop, therefore, inovex led the field in designing and implementing the requisite DevOps structures for the platform.

From the very outset, the dm project was one of the most gratifying projects we have ever been privileged to carry out. There are several obvious reasons for this: right from the beginning, we were able to leverage our entire portfolio of services, from planning the architectural elements to setting up the infrastructure, to operations. The other reason is that we were able to do all this in an environment which was fully committed to the project and tremendously enthusiastic about it – and which still is.

The collaboration between the FILIADATA and inovex experts epitomised true teamwork. Throughout the entire project period, it was based on mutual trust and partnership and was completely solution-driven. Despite the very rapid implementation speed and the dynamic scaling of the teams, the quality of the project results and the collaboration remained consistently high. FILIADATA’s Linux team consider three factors key in driving the ambitious infrastructure project to success:

In keeping with the inovex motto: Using technology to inspire our clients. And ourselves.