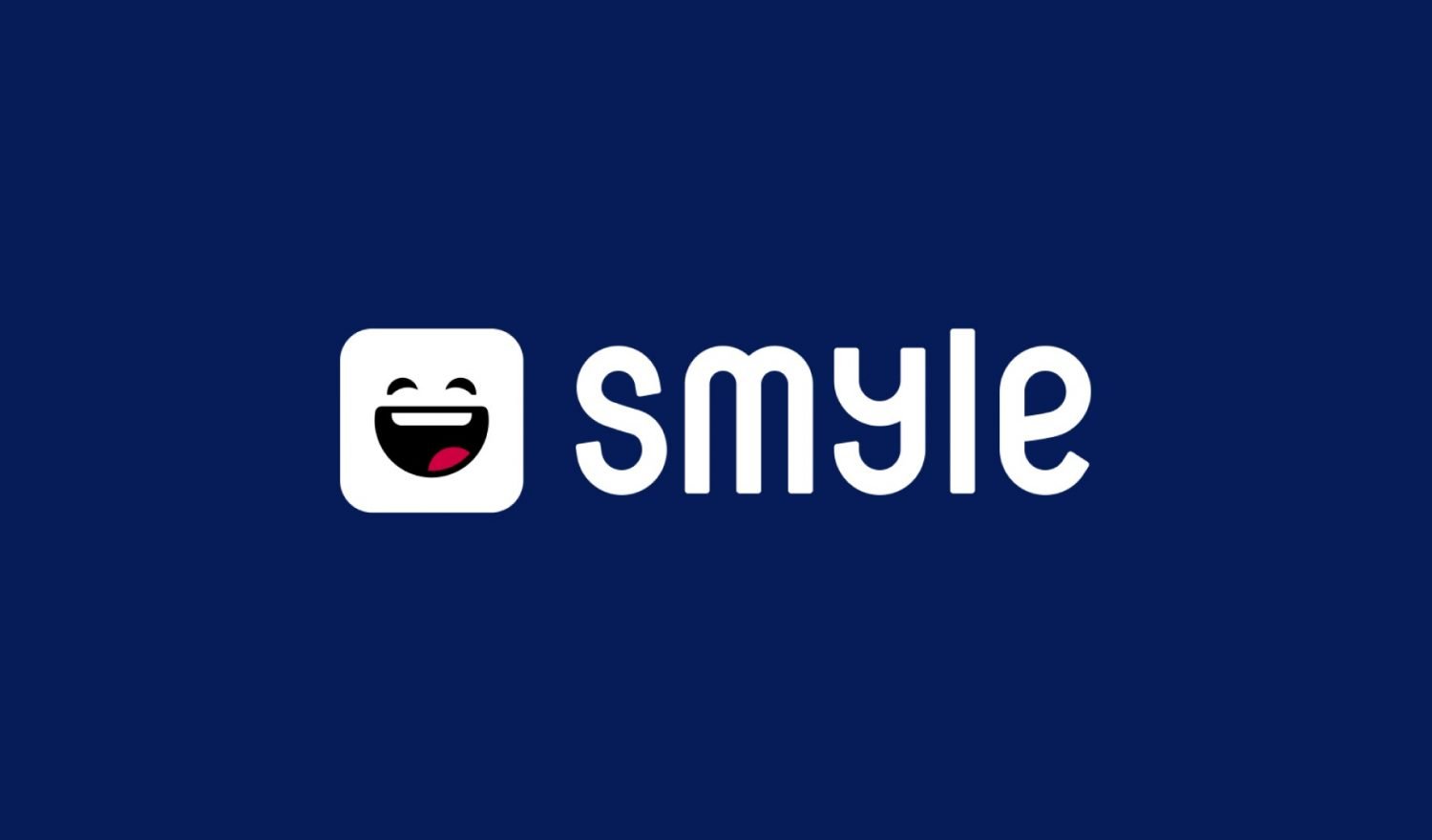 Development of an app for snackable comedy. Using a target-group-focused approach, inovex worked with ProSiebenSat.1 Digital GmbH to implement a snackable comedy app, one which shows its users comedy clips in an intuitive way. State-of-the-art technologies and an agile project setup enabled the team to advance the innovative concept to a testable stage in the shortest possible time and to publish it in a timely manner.

ProSiebenSat.1 Digital aims to use snackable – easily accessible, quickly consumable – comedy clips to reach a new generation of viewers and to connect them directly with content creators. For this purpose, ProSiebenSat.1 Digital developed the Smyle app, collaborating with inovex on the technical implementation. The interactive app provides its users with an endless stream of excerpts from stand-up comedy shows and proprietary comedy videos, all specially formatted in portrait (upright) orientation for smartphones. Users can watch a video in its entirety or swipe to switch to the next. If a user takes no action, the app automatically jumps to the next clip after a specified time interval. This innovative content discovery method allows users to watch a wide range of videos quickly and conveniently, as well as introducing them to new content creators.

Which section of the video is shown as a preview depends on user ratings. While watching a video, users can use a laugh button to mark particularly funny spots. This creates a heat map of the video’s best sections (or user favourites), which is then displayed in the form of a scrollable “laughter curve”.

In keeping with the innovative content concept, the project vision was focused on agile development and state-of-the-art technologies. The interdisciplinary project team was made up of inovex and ProSiebenSat.1 Digital employees, plus frontend and backend developers. The team primarily worked together remotely from locations in Karlsruhe, Cologne and Munich, but met on-site for sprint changes.

The project kicked off in September 2019 and the minimum viable product, or MVP, was developed as a ‘Walking Skeleton’ following the very first sprint. Despite having only minimal features, it was already functional. Functions were gradually added, enabling a friendly user test to take place as early as December, just in time for Christmas. Qualitative feedback from selected testers was then implemented, particularly in the Android and iOS apps, in order to bring the user experience more into line with expectations.

The “silent launch” followed in February 2020. This provided quantitative feedback for the final refinements before the official release. Feedback was collected using Instabug surveys, which questioned users directly in the app about their satisfaction with the application and with its individual features. 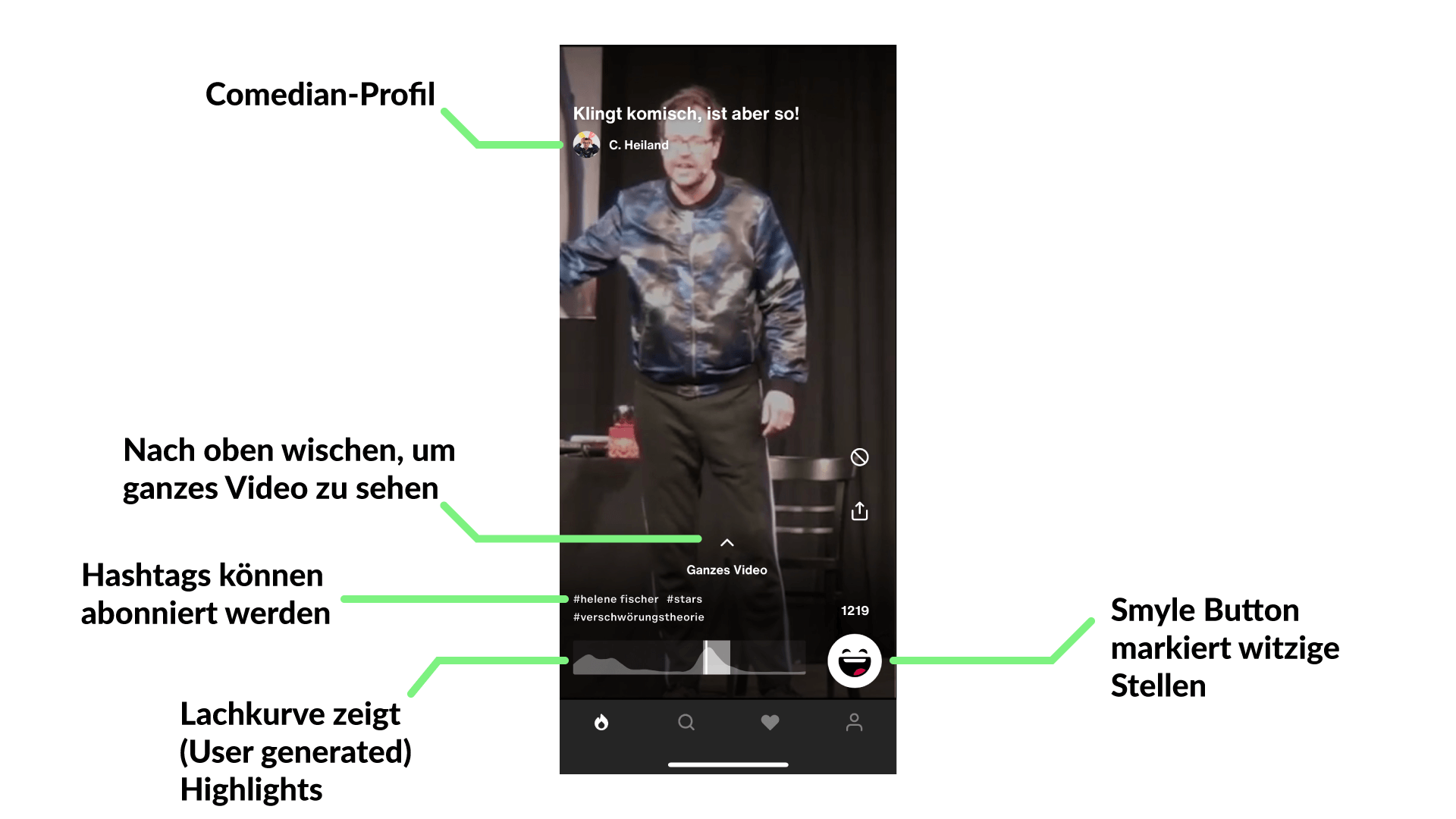 At the beginning of the project, the existing streaming backend (including ProSiebenSat.1 Digital’s metadata management) was the only component that existed. This backend hosts the video files and their metadata, transcodes them using FFmpeg, and then plays them in a geographically optimised manner via a Content Delivery Network (CDN). Technologically, the streaming backend is based on AWS and CloudFront, and is queried using GraphQL.

This situation gave us the freedom to select all the other technologies to optimally complement the desired agile project setup.

This means, for example, that the infrastructure for the content backend builds on the AWS Serverless Stack with Lambda, API Gateway, S3, and DynamoDB. This eliminated the need for complex local infrastructure planning, while using Go, a programming language with clear rules, meant that complex coding conventions could be dispensed with. Ultimately, everything was designed to enable the developers to quickly focus on writing the code itself. One positive side effect of using Go is that it also significantly speeds up the execution of Lambda functions. Lastly, new binaries were deployed using Terraform.

Fundamentally, the backend is accessed in two ways. Firstly, editors from the ProSiebenSat.1 Digital team can use the proprietary React-based content backend to upload new videos, trim existing clips, and enrich them with metadata.

Secondly, users consume the content through apps for Android and iOS, written natively in Kotlin and Swift respectively. The apps were developed in close cooperation with the ProSiebenSat.1 Digital Design Team, whose Lottie animation designs were able to be transferred directly to the apps. These animations underscore the app’s lively, fun look and feel, which is further enhanced by the seamless loading of subsequent videos (pre-caching), ensuring a smooth user experience.

Lean specifications and a motivated cross-functional team eager to develop a cutting-edge product using state-of-the-art methods and an innovative technology stack enabled Smyle to progress from an MVP to a published app in just a few months. The fact that the MVP remained functional at every stage of its development allowed regular feedback to be collected and to be swiftly incorporated into the development process.